ADHD is a genetic condition that afflicts many individuals. It can cause issues with school, work and socialization in both children and adults. Minor ADHD can be managed with lifestyle counselling and developing good habits, more severe symptoms can be treated with therapy and stimulants. Call us for more information. We are conveniently located at 5057 Keller Springs Rd Ste 300 Addison TX 75001.

Attention Deficit Hyperactivity Disorder is a neurodevelopmental disorder that often develops as early as 6 months with most symptoms manifesting before age 12. ADHD can greatly impact performance in school, social situations, recreational activities, and work.

What is the root cause of ADHD?

ADHD is a metabolic disorder whose primary cause is genetic. It tends to run in families and most modern research shows that ADHD is mostly inherited from one or both parents if either side of the family has ADHD in their genetic history. Many studies have taken note that a child with symptoms of ADHD will often have parents or siblings that also have symptoms of ADHD, though those may be minor and have gone undiagnosed if said individuals never noticed.

How is ADHD diagnosed and treated?

There is no real catch all test to determine if a patient has ADHD, so most experts look for regular occurrences of some or all of the symptoms associated with ADHD. Factors such as activities being performed, the environment in which they are being performed and the patient’s history with those activities are also factors in diagnosing ADHD.

Some of the major symptoms of ADHD are frequent procrastination, trouble completing tasks and a generally short attention span for non-preferred tasks. Hyperactivity which may manifest physically, emotionally, or verbally. Executive Dysfunction, which is when someone gets easily overwhelmed making decisions, poor time management, trouble multitasking and general disorganization. Emotional difficulties such as frequent mood swings, inability to control anger and frustration, fidgeting, restlessness, and impulsivity.

For minor symptoms of ADHD your doctor may counsel some changes in diet, such as avoiding too much sugar or caffeine, more exercise, and structured routines to help deal with the symptoms. If symptoms are more severe your doctor may proscribe stimulant medication such as Methylphenidate or Amphetamines. As well the non-stimulant medication Atomoxetine has been available as a treatment since 2003.

What are 3 types of ADHD?

The three recognized subtypes of ADHD are predominantly inattentive, predominantly hyperactive-impulsive or a combined type, which shows symptoms of both. Some symptoms of Inattentive Type manifest as difficulty focusing, appearing to not be listening when spoken to, difficulty organizing, frequent daydreaming and frequently overlooking details. Some symptoms of Hyper-active Impulsive Type are fidgeting, a need to move, trouble sitting still, trouble being quiet and an inability to wait or be patient. Those afflicted with Combined Type show some or all of the symptoms of both the Hyperactive and the Inattentive subtypes.

What happens if ADHD is left untreated?

ADHD is only treated when it negatively affects day-to-day life and many individuals go through their lives quietly managing the symptoms without ever receiving a professional diagnosis. That said ADHD can cause difficulties in everyday life, especially in Children, and a professional diagnosis and treatment can help mitigate those difficulties and improve the child’s overall happiness. Sometimes hormonal changes over time can also cause ADHD symptoms to worsen, which can be problematic if it has gone untreated, and these cognitive changes can cause further disruptions in day-to-day life.

Sometimes severe ADHD symptoms can be triggered in adults by massive disruptions to their habits and routines. Events such as having children, losing a job or any disruption of a constant force in their life can be the inciting incident. If they were not diagnosed as a child those adults may have trouble adapting to the challenges of their new symptoms and medication may be the best solution.

If you or a family member have ADHD symptoms that are negatively impacting your life and happiness feel free to contact our medical professionals at North Tex Medcare Clinic, we have a great deal of experience with ADHD diagnosis and treatment and will help address your concerns. We serve patients from Addison TX, Carrollton TX, Richardson TX, Farmers Branch TX, Hebron TX, and Highland Park TX.

Additional Services You May Need

Additional Services You May Need 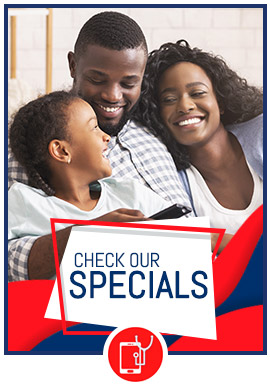 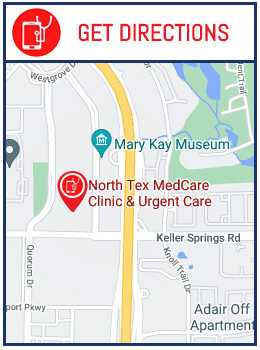